Every person is unique and there is no one equal to another. But people can be categorized into two groups when it comes to the way of thinking and living. The majority of people are living average lives and they think it is normal because everyone is doing the same (society patterns).

They wake up in the morning, go to work, come home tired and soon they will prepare themselves for the next working day. Some of these people live unhappily because they don’t love what they do.

On the other hand, we have the minority of people who have a different life perspective. They are living their dream life because they didn’t want to follow the society and its norms. They built their future by taking the risk and doing what they love to do. Profit is a consquence of their job.

A successful person lives in the presence but always thinks of the future. This is an ambitious person who has a burning desire and big plans that he has to accomplish. Optimism, hard work, enthusiasm and focus are his main features.

He establishes his world of dreams that he loves to do and is excited to grow his business in the future. His every step of action is supported by a good action plan. A successful person has found his passion in life and enjoys it every second. He is determined and focused on his goal. Having a goal means he can look in the future with positivism.

On the other side, we have average person who lives a normal life. What do I mean? The majority of people live unhappily because they do something they don’t like.

These people are working for a man or a woman that is an owner of the company. This owner has built his/her dream on workers who work hard to sustain their job.

What is another difference between celebrity life vs. normal life? It is having the goal or a purpose. Average people didn’t find their purpose or didn’t know how to accomplish it, so they adopted as the majority. But even if they had a goal, their burning desire wasn’t strong, so they abandon the idea.

Successful people always learn because they are enthusiastic about what they do. They spend their free time learning about new material, products, tools and read a lot. Their wish is so powerful in their minds that all actions are connected to it.

Some average people are living boring lives and are unhappy with their jobs. I don’t know how a painter would feel if you put him in the office to do administrative work. His job would be to write long letters for companies, answer the phone and do other paperwork. Do you think he would do it with enthusiasm?  Well, I don’think he would do it with a happy face.

And there we have people who finished school and don’t want to learn anything anymore. Some of them are not happy with their work so they just want to relax and do what pleases them in their free time.

I see that these people hang out with others a lot, drink, smoke, watch television and are just being passive. It is simple to drug yourself and feel fine, watch movies that will occupy your brain but what is the benefit here? I don’t see it.

Having ideas means that you have a desire, a goal and willingness to succeed. Ideas are born when you have a clear goal. A painter who just started his business is an ambitious person who wants his business to work. He thinks about his approach and because of his happy thoughts and enthusiasm ideas pop up. All that he does is linked to his work positivism.

You know what is the difference between those who have ideas and those who gossip? It is the type of focus.

Miserable people think that they can’t do big things like others, so they rather put others down by gossip. It is easier to just talk and gossip than start working hard for a goal right? It is but what is more valuable, more productive?

They are rich because they stole money, inherited the wealth, have the rich uncle, are married to the wealthy person and so on.

But they never think that they worked hard for their success. I think that many successful business people work for their wealth. Learn to focus on yourself and your goals rather than gossip and criticise others.

Money Investment VS Wishing the Money

Great people already know how to earn money and also enjoy investing it for even bigger success. Their thinking is always focused on their business and growth, so investments of money are necessary for progress. They take the risk.

On the other hand, we have average people who work for the little amount of money and always wish more. But how can they earn more if they are working for someone who is getting rich because of their working hands? Every company or factory makes a plan so it will have a profit.

Their main goal is to survive and make a profit. Workers have a paycheck that will never bring them a fortune so they will always feel the lack of money for accomplishing something great.

Living a Dream Life VS Living an Unsatisfied Life

It is your choice what you want from life. Do you want to live a dream life or live unhappily till the rest of your days?

“Building your dream life may take some time but living every day without meaning is much more painful.”

As you see on the video the astronaut had his dream and I am sure he had passed many tests before he was chosen to the astronaut team to fly in the universe. But he didn’t struggle because he wanted to be an astronaut for his whole life.

He couldn’t think of doing some other job than being an astronaut. He walked long path but now when he reached his goal he is living his days happily and with meaning.

A garbage man is doing a routine job; he has just one task – to pick up the garbage. This job is not creative and a man can easily become unsatisfied.

Paycheck can’t be high either. The problem is that this job is not offering any excitement. But we need excitement from time to time, don’t we?

It doesn’t matter if this person chooses this job because he hasn’t got an education or because he saw this job first on the list of options for him. If he is unhappy doing it, his days could be long and depressing.

People who are ambitious and follow their dreams respect money. They know how to deal with it and their money always flows. But they are modest in which view?

Money is in good hands when an ambitious person has it because it will never go for things that he don’t need. He always knows how much money he has on the bank account and where it will go. He plans what he will do with the money. He is not an emotional buyer; he buys things that he needs and invests in his business and future.

On the other hand we have people who are living differently, without any goal and doing their ordinary job that doesn’t satisfy them. They are not happy for the most of the day, so in their free time they spend money for entertainment and pleasure because they need to have something exciting.

Their money is spent on clothes, make-up, shoes, accessories, perfumes, to watch a movie in the cinema. Some of them go to bars and hang out with their friends for hours. They are emotional buyers; buying things or using services just to feel better. It is the same as a child receives a candy; oh boy is he happy at that moment.

But why don’t they save some money for something bigger, or invest it for the better future?

The answer is simple. They have poor paychecks so when they pay bills and other expenses they are left with some money that will be perfect for entertainment they can afford.

These people know that they can’t afford something worthy because they lack money. They even don’t have the will of saving money through time because they are sacrificing on their workplace. So what’s the point of more suffering and saving the money if they can go and have fun every day after a hard working day?

Taking the risk is a feature that great people have. But why take the risk if you can fail? We can also say if we don’t take the risk, we have no opportunity to gain.

“Ambitious and successful people take risks all the time.”

Successful people are not scared of failing because they know this risk can bring them something grater. They know what they are doing, have control over their money and take the risk of having something greater and powerful.

Let’s say we have a marketer that thinks big. He needs to promote some company’s products and he sees the opportunity of buying the expensive but good program for promoting.

He calculates all, makes a plan and decides to buy this program. He knows that this investment can limit him in many ways but is prepared to take this risk. These kind of people think outside the box.

And then we have people who are not great thinkers and they rather enjoy in their safety zone. They won’t take a risk because they are afraid of losing money or their free time.

For them it is better to stay safe and with that amount of money they have. These people are always scared of losing money and they never make progress. Celebrity life vs. normal life differs in many ways.

And which type are you?

6 Comments on Celebrity Life vs. Normal Life – What Are Main Differences? 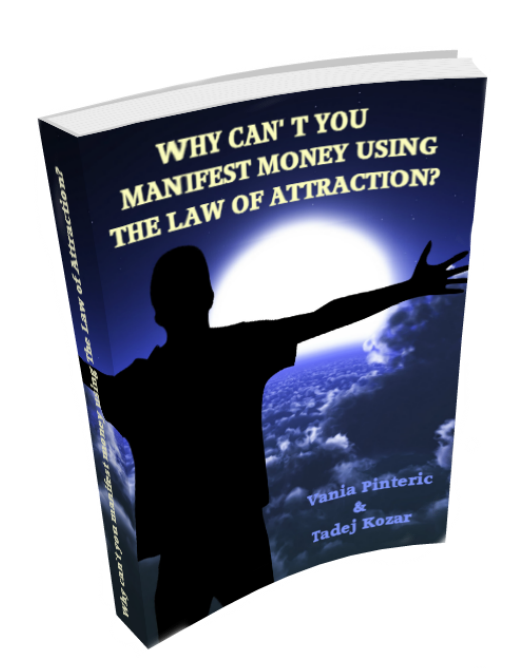